Each year, the British Society for Immunology awards honorary lifetime membership to individuals in recognition of outstanding contribution to immunology and/or to the Society. This honour is awarded after rigorous discussion and a vote by the Trustees. For 2022, we are delighted to announce that Professor Ian MacLennan and Professor Faith Osier have both been made BSI Honorary Members at a ceremony conducted at BSI Congress. 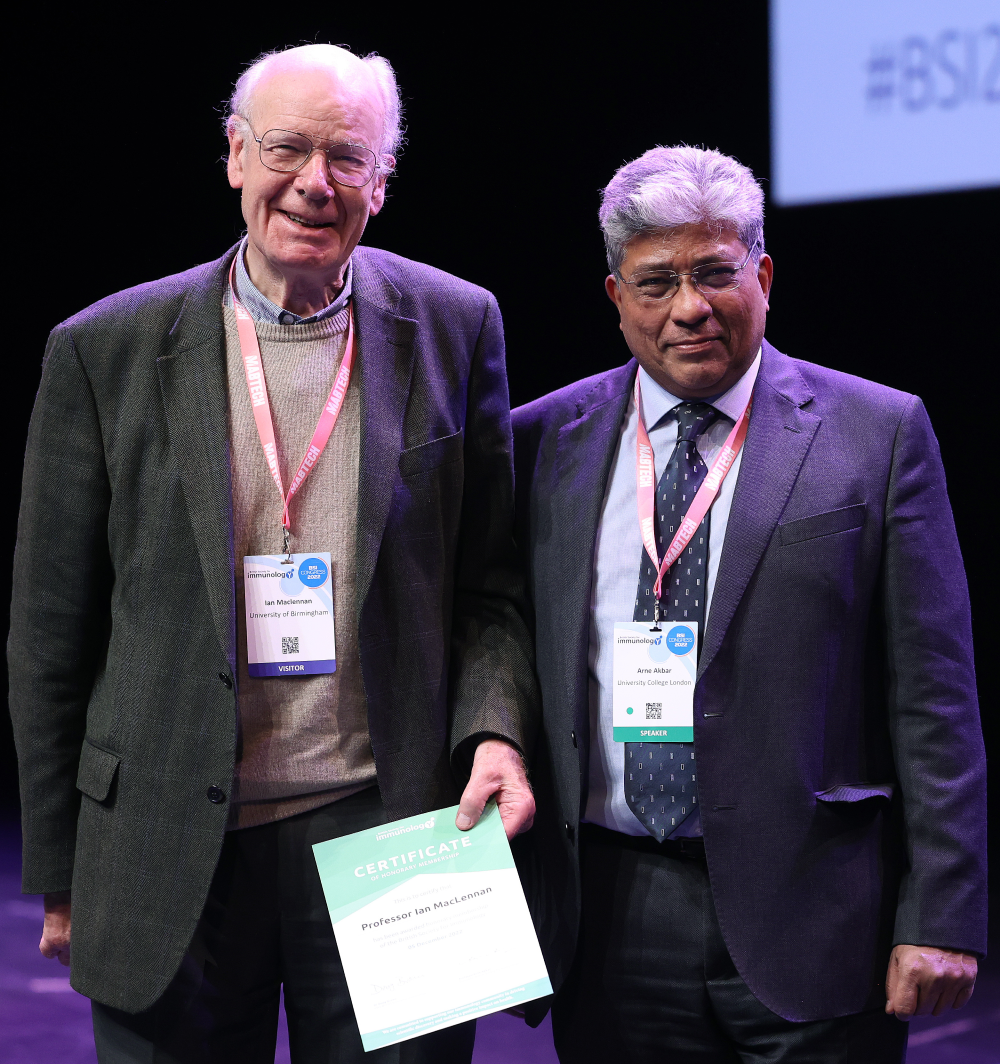 Professor Ian MacLennan is a long-standing member and former General Secretary of the British Society for Immunology. He has made he contributions to our understanding of many of the key mechanisms that underpin today’s immunology research. Around the time he first joined the BSI, in 1967, he was undertaking foundational work, published in Nature, on the function of antibodies, which involved the discovery of ADCC, or antibody dependent cellular cytotoxicity.  This mechanism is crucial to the function of therapeutic antibodies that are such a mainstay of modern medicine today.

Moving forwards in time, through his extensive repertoire of publications, we reach a paper in 1981 describing marginal zone cells in human and rat spleen. This heralded a substantial body of work, which made vital contributions to our understanding of T-independent immune responses, particularly relevant for bacterial infections.

Professor MacLennan also carried out seminal work on germinal centres.  The key point in the mechanism of affinity maturation of B cells in the germinal centre is that GC B cells will die without interactions with T cells and follicular dendritic cells. They do this because they no longer express Bcl2 – yet another discovery from Professor MacLennan. This was followed closely by elegant descriptions of the timelines involved in germinal centre development in response to challenge.

He is the former Head of Division of Immunology at University of Birmingham and founded the MRC Centre for Immune Regulation there. Throughout his career, Professor MacLennan has also made substantial service contribution to the scientific community.  He was awarded a CBE in the Queen’s Birthday Honours List in 2005 and Elected as a Fellow of Royal Society in 2012. 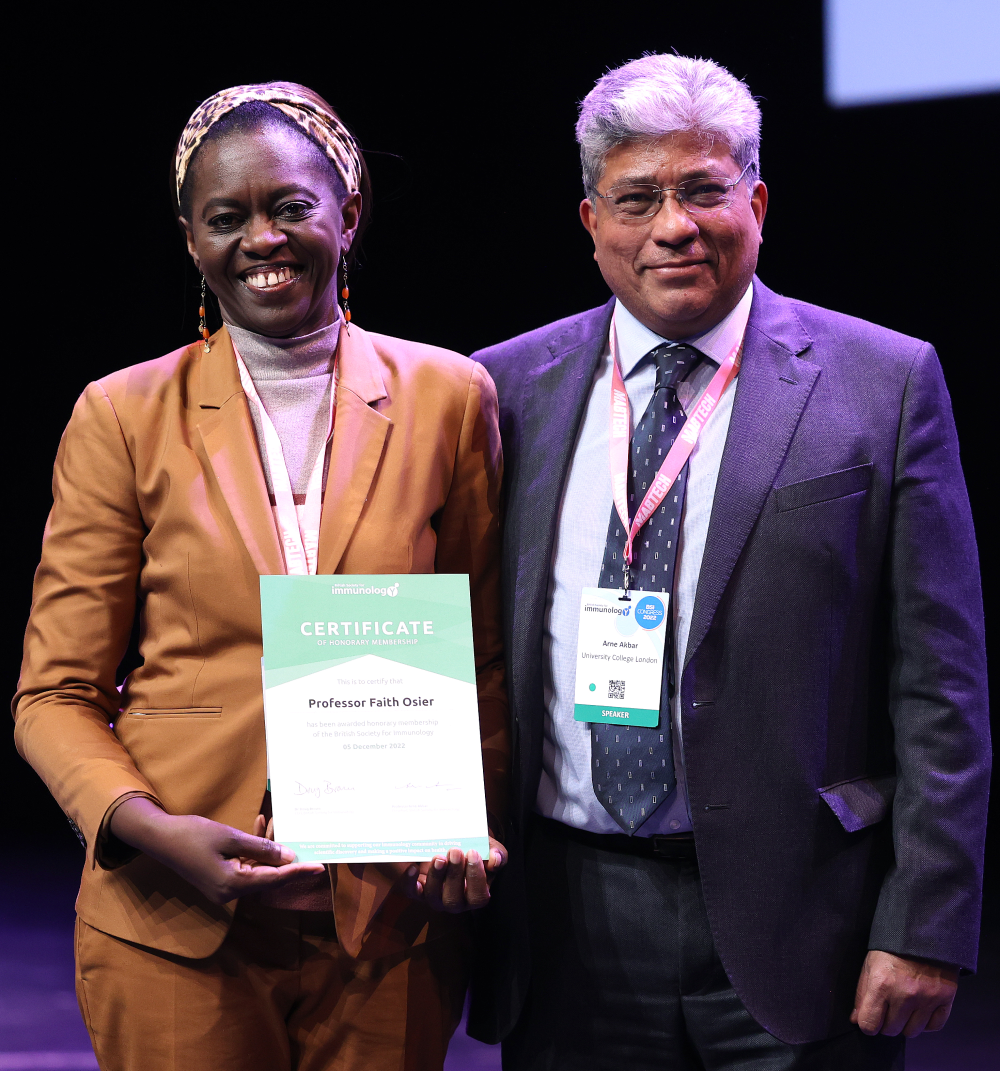 Professor Faith Osier is a paediatrician scientist from Kenya who has made it her mission to ‘Make Malaria History’.  She trained initially in Nairobi, Kenya and then in Liverpool and the Open University in the UK.  As well as her UK research base at Imperial, with a visiting Professorship in Oxford, she has research groups based in Kilifi in Kenya and Heidelberg in Germany.  Her research on malaria focuses on vaccine candidate discovery, antibody correlates of protection and mechanisms of immunity.  Her team designed an innovative custom malaria protein microarray, KILchip©, to help identify malaria vaccine candidates, and built a network across Africa to enable the study of 10,000 samples using this technology.

Professor Osier is currently the Co-Director of Imperial College London's Institute of Infection.  Until finishing her term of office this year, she was the President of the International Union of Immunological Societies (IUIS) – the first African (and only the second woman) president. She is passionate about training and supporting African scientists to take the lead in delivering health interventions and research in their own countries. During her term as IUIS President, she helped launch the Federation of African Immunological Societies Legacy Project, which aims to train 1,000 new PhD students over 10 years to build capacity for research in Africa.

She holds multiple international awards including the Royal Society Pfizer Award, the Merle A Sande Health Leadership Award, the Sofia Kovalevskaya prize from the Alexander von Humboldt Foundation and the African Research Leader Award from UKRI-MRC/DFID. She is a TED Fellow and a Fellow of the African Academy of Sciences and we are very pleased to announce this award of BSI Life Membership.