The STEM Village is an important platform designed to improve visibility of the LGBTQ+ STEM community around the world. They actively work to provide opportunities for LGBTQ+ people to showcase their research to the wider fields of science, technology, engineering and maths. Here, Dr Matthew Sinton, founder of The STEM Village and Postdoctoral Research Associate at the University of Glasgow, talks about how the platform was founded, some of the challenges faced by the community and what he wants to accomplish with the seminar series.

The first gay village in the world was born in 1920s Berlin, and as homosexuality was decriminalised across the world, during the 20th century, villages became more frequent and visible. The gay villages developed as places where LGBTQ+ people could build their communities and be open about their sexuality and gender. Despite modern legal protections for the LGBTQ+ community in the UK, there is often still stigma attached to being open about sexuality and gender in the workplace, and this is prevalent in science, technology, engineering and maths (STEM) workplaces. The concept for The STEM Village was born from the notion that the LGBTQ+ community working in STEM workplaces needed an opportunity to build community and be visible, like in the gay villages. This builds on the work of groups like Pride in STEM, who were the pioneers of LGBTQ+ STEM Day, an international day to celebrate our community.

One of the major challenges for the LGBTQ+ STEM community is the concept of heteronormativity. This is the concept that the world and societal structures have evolved to view heterosexuality as ‘normal’ and anything else as ‘other’. It also assumes stereotypical gender roles, whereby men are masculine, and women are feminine. STEM fields have long been dogged by the stereotype of scientists, engineers, etc, being older white men, who wear suits and lab coats. Although this stereotype has relaxed to a degree, it is still pervasive and damaging, and for a significant number of people heteronormativity equates to scientific rigour. For example, if a 30-year-old man, dressed smartly, stood at a conference and presented his research, it is likely that the audience assume that his research is serious and rigorous. If the same person identified as a man, but wore a dress, makeup and nail varnish, a significant proportion of the audience may assume that he is attention seeking and that his research is less rigorous than his colleagues. Of course, this is a ridiculous assumption, but this is a challenge that we face as a community.

A second major challenge for our community is that those of us who are cis-gendered (we identify as the sex assigned at birth and assume the presumed gender role) are not always visible as LGBTQ+ people. One reason that this can be problematic is for those people who are considering STEM careers but think that the field is not for them, because they are not aware of LGBTQ+ people in STEM. Marian Wright Edelman once said, “You can’t be what you can’t see”. This resonates with many underrepresented groups, and it is one reason why visibility is so important. But for people to be visible they have to feel comfortable and secure to be open in the workplace. So the emphasis is on workplaces to make their employees feel safe and protected so that they are able to be open.

For people to be visible they have to feel comfortable and secure to be open in the workplace. So the emphasis is on workplaces to make their employees feel safe and protected so that they are able to be open. 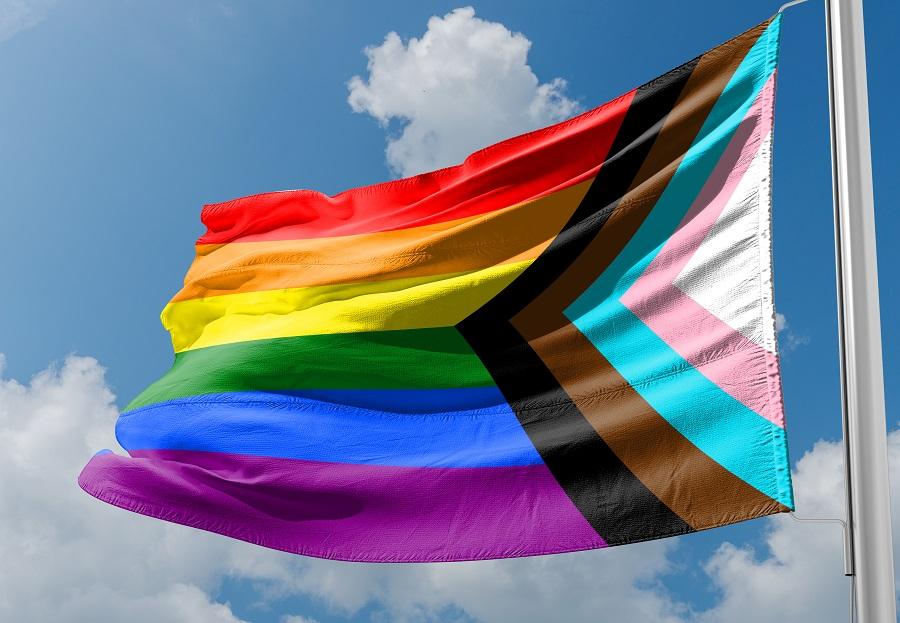 At The STEM Village, we want to help address these challenges. As part of this, we began running seminar series where people from the LGBTQ+ community present their research to their respective scientific (or other specialist) communities. The idea is that the wider communities are exposed to people who do not conform to the heteronormative stereotype and see that their research is as rigorous and valid as any other. This also increases the visibility of LGBTQ+ people to colleagues and to people considering careers in STEM. To date, we have hosted conferences and seminar series on a range of areas in STEM.

Due to my own background, I wanted to run a seminar series based on immunology, where LGBTQ+ immunologists presented their research to the wider immunology community. We have run two of these series and both were a great success, with a wide variety of immunologists, from across the world, presenting their work. They were well attended, too, by prominent immunologists from around the world. While the world returns to in-person meetings (which we’re very excited about!), we want to keep running these series virtually for a number of reasons. Firstly, we can host LGBTQ+ speakers from around the world, as well as presenting these talks to a global audience. Secondly, for many people around the world it is not safe to be openly LGBTQ+ and a virtual platform provides a means by which they can safely attend these seminars. Lastly, a very powerful aspect of these virtual seminars is the ability to record them so that they can be seen at any time, and can be used as a resource for those who are thinking of pursuing a career in biology or immunology but have never seen themselves represented in the field.

Following the last seminar series, we approached the BSI for support with hosting future seminar series, and they could not have been more helpful or supportive. With their support, we hope to continue running our immunology seminar series and welcome LGBTQ+ immunologists from around the UK and world, to share their research. From PhD level up to PI, we really want to hear about the great research that is being performed by LGBTQ+ people, especially those of genders and ethnicities that are typically underrepresented within our community. We really hope that the wider immunology community will continue to come along and support our community and learn about the cutting-edge research being performed by LGBTQ+ immunologists.

The STEM Village has a range of activities and resources to increase the visibility of the LGBTQ+ STEM community. You can:

Visit the STEM Village website for more details and to get involved, and follow @TheSTEMvillage on Twitter. The BSI is proud to support the upcoming STEM Village webinar series. Keep an eye on our website!