Natural Killer (NK) Cells are lymphocytes in the same family as T and B cells, coming from a common progenitor. However, as cells of the innate immune system, NK cells are classified as group I Innate Lymphocytes (ILCs) and respond quickly to a wide variety of pathological challenges. NK cells are best known for killing virally infected cells, and detecting and controlling early signs of cancer. As well as protecting against disease, specialized NK cells are also found in the placenta and may play an important role in pregnancy.

NK cells were first noticed for their ability to kill tumour cells without any priming or prior activation (in contrast to cytotoxic T cells, which need priming by antigen presenting cells). They are named for this ‘natural’ killing. Additionally, NK cells secrete cytokines such as IFNγ and TNFα, which act on other immune cells like Macrophage and Dendritic cells to enhance the immune response. 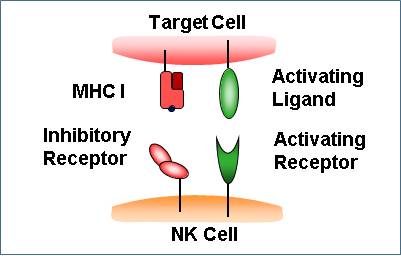 The genes for both MHC I and the NK cell inhibitory receptors which recognise them vary a lot between individuals. The versions (or alleles) of these genes a person carries have been linked to their ability to fight HIV infection and their risk of some autoimmune diseases. NK cell varieties also change with age and are affected by chronic viral infections such as cytomegalovirus (CMV).

Because of their ability to kill tumour cells, NK cells are an attractive target for cancer immunotherapies. Some therapeutic monoclonal antibodies rely on NK cell killing. Researchers are also developing treatments to activate NK cells using small molecules or cytokines, and even testing genetically modified living NK cells as therapies. 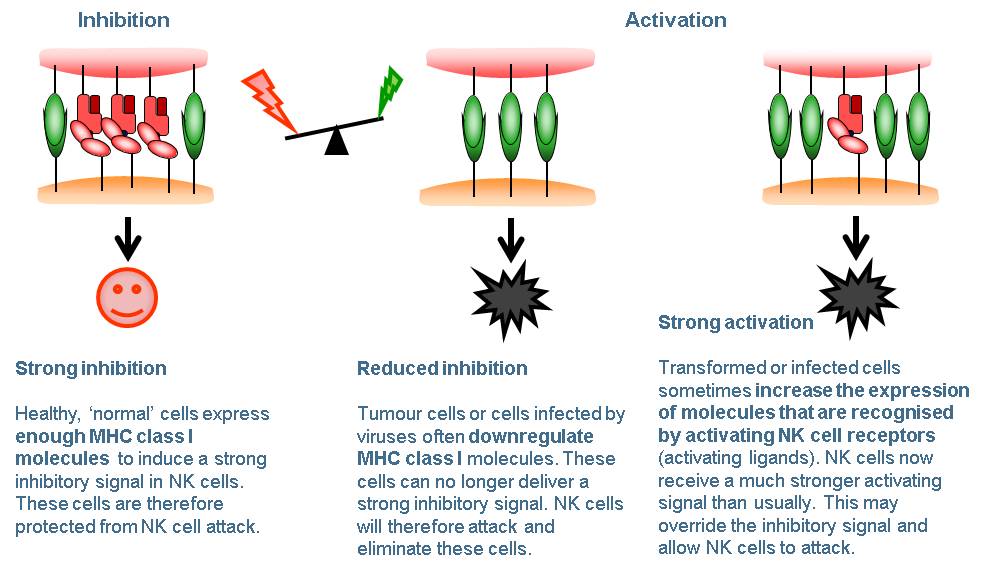